Timbre is a musical element which describes the quality of a sound.

You could describe a sound in terms of pitch / intensity / duration / whether or not it had a repeated pattern but also in terms of its timbre (clanking / rasping / chiming / thudding / buzzing / metallic etc. sound). Interestingly, this musical element can be simultaneously easy and difficult to articulate with words depending on one’s vocabulary and life experience.

We use lots of onomatopoeic words (zoom, bang, whoosh, hiss, etc… words whose sound matches the sound of they describe) to describe sounds found in everyday life. So it can be just a little step to apply these words to music.

This summer, Rhythm Circle’s Musical Holiday Club ended with a workshop on Timbre. We explored sounds which you could make using the human body (no rude sounds allowed!). Cue lots of foot stomping/ clapping / finger and tongue clicking / hair swishing. What made a ‘tap’ different to a ‘boom’? How could you make whispery sounds without using your voice?

Vocal sounds were great fun and led into a discussion about how a face might look when producing a particular sound. It was great spelling practice for the students to write down their lists of sounds.

In the RC workshop, two different groups of students used Rebecca Rochelle’s poem ‘Fireworks’ to create a musical soundscape. The poem consisted of words which described the sound of fireworks. The students explored and demonstrated ways to create sounds which matched each word. We discovered that ‘zoom’ seemed to inspire movement, and everyone unanimously agreed that ‘whizz’ was the hardest one to demonstrate. 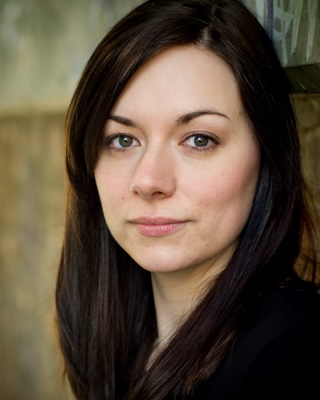 Kindred spirits are hard to come by, but I recently found one in my new mentor Rebecca Rochelle.

In 2021, Arts Council England gave me the chance to delve into some long over-due professional development via their Developing Your Creative Practice grant.

Rebecca is a writer/actor who introduced me to the various techniques she uses in workshops with young children. I was delighted to discover that we had a common belief in offering children a rich artistic diet and in teaching through exploratory play.

Musicians use a lot of descriptive words – not just the standard descriptions like high, low, fast, slow, loud, quiet but also words like swooping, sticky, oozy, crunchy, dark, bright, sparkly, grumpy. Those who have a good vocabulary tend to have more confidence in sharing their musical ideas. 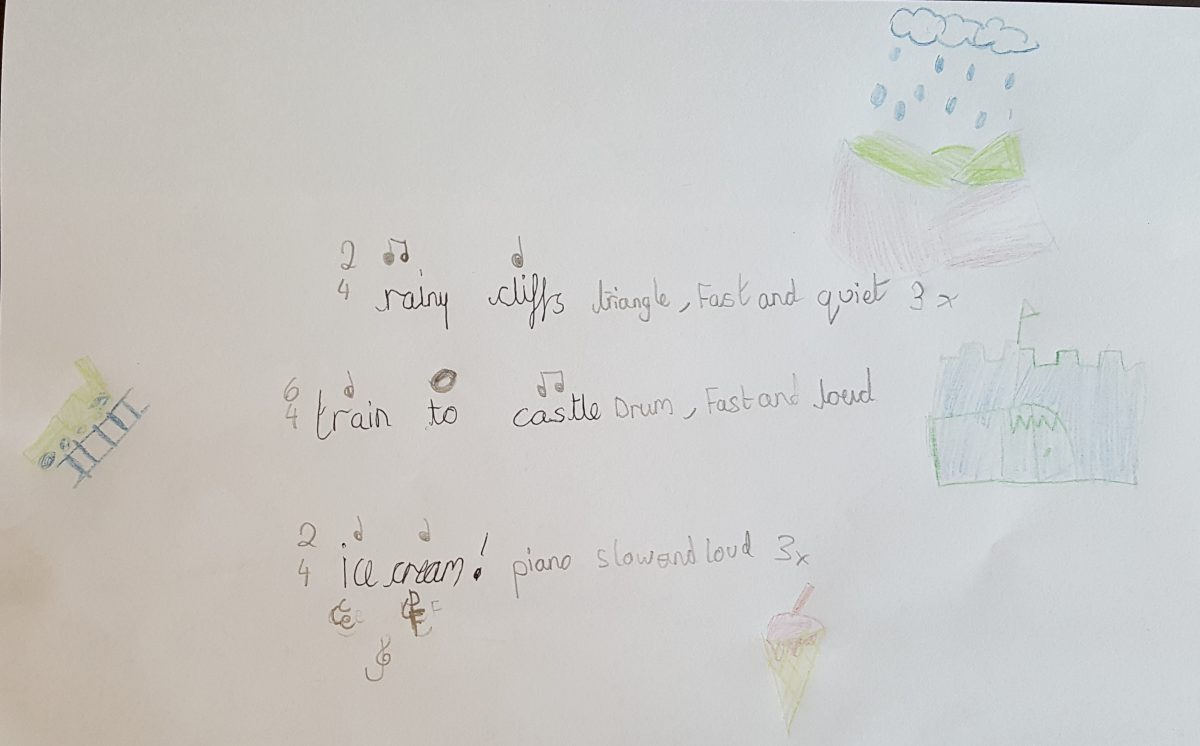 Music can be such an abstract thing, lacking in concrete visual elements. Once it has been presented, it is gone unless you capture it in some form of notation or sound recording.

One of the best ways to teach the musical element of rhythm is to use the long/short sounds present in spoken word. Children acquire a spoken vocabulary before they can read or write and are quick to catch on to the rhythms of different words.

For slightly older children, one of my favourite activities to explore words and music is by using haiku – the evocative but minimalist way of writing poetry which had its roots in Japan. In using haiku as a creative stimulus, I chose not to follow the strict rules of each line having 5, 7 and 5 syllables but adopted instead the spirit of the poetic form which used words sparingly to conjure different moods.

This haiku was composed by F, my 8 year old student. It was about her recent summer holiday activities:

F clapped the rhythm of her haiku. I asked her how she could use familiar musical notes (semibreves, crotchets, minims, quavers) to represent the duration of each syllable in her words. She experimented for a while and wrote down her ideas. Suddenly she exclaimed “Look each line adds up to a different number of counts!” Cue excited scribbling of time signatures…

Next, F chose different instruments to play her rhythms: the triangle to represent the sound of raindrops, fast drum beats to show the excitement of the speeding train, and slow piano notes to describe her memory of savouring an ice cream.